Madventures
I tortured myself again by watching the Japan episode of Madventures. I should not have done so though, since now I'm even more frustrated and anxious at the same time :)

What is madventures, you say? Well, madventures is a traveling show featuring two Finnish friends. They, erm, travel around the world :) The main point of that show is that they avoid the tourist centres and things like that. And they're hilarious too, especially Riku. Their third season is fully in English, so check them out , I promise you won't be disappointed :)

Unread mails
I actually tried to contact people from numerous companies, asking if they would be able to help me in any way possible. I was hoping that maybe someone would mention either my blog, or the chipin page. The amount of respose was mindblowing, never had better :)

Okay, I lied. No one answered. I sent the mail to many high profile places and not-yet-high profile places. Got nothing. Well, some of them sent an automated message thanking me for contacting them, but that's it. Why won't they read their mails? Or if they read them, why won't they answer? I can somewhat understand that the biggest places I sent it won't answer just because of sheer amount of mails they get, but I didn't expect the same thing from smaller ones. Especially those who claims to "listen their customers/fans/whatever". People would like their mails answered, if they ask something..

If I was famous or anything, I would do my absolute best to answer all the mails I got. It would be polite and very helpful in the long run :)

Skyrim
Skyrim is released next week, been waiting for that one for a while! I'm not getting it though, since I decided that the money should be saved instead of spent on games. You have no idea how tough that decision was, but in the end, I think it's the right one. I hope :)

Savings account update
After the last week's slight "setback" I managed, via drastic measures (did not buy food for a couple of days), to gather up some money for the saving account. 50€ to be exact, so the current amount is 210€. I know it looks sad, but small streams grow the river, right?

And no one has expressed their interest in the advert tattoo..
*sadface*
Posted by KneeCap at 5:22 AM 2 comments:

Sorry there's been such a gap between posts, but I've been rather preoccupied with family matters. My uncle suffered a bad accident, when he fell from the roof and fractured his back. Thankfully that didn't require surgery, but the danger of paralysis is still there. I sincerely hope he gets a full recovery. The prognosis is good, but he has to take things very, very slowly, and knowing him, that might be a problem.

And I'm very sad to inform that my savings account is back to square one. Let me explain this, though. I just recently discovered, that my aunt was having serious money problems. So bad that even her cats had to eat oat porridge. While that may sound funny, it's really not. So I gave all my japan savings for her, so she can get food and pay some bills...

And since we're moving to another apartment, we had to pay the rent collateral thing (one month's rent, that will be given back to us when we move out). That kinda stretched our financial situation :/ 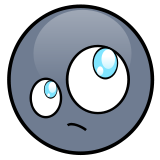 I've been trying to find out if I have any stuff I could sell, but so far no avail. I don't really own that much stuff to be honest. Some dvd's here and there, but those aren't worth much. The prized possession of my collection is the two mass effect 2 figures (Shepard and Tali), which might fetch a few bucks, but I would like to keep them :)

Basically it's a setback after setback, but I'm not gonna let that take me down! We keep going :)

I have read a few articles about the Japan government's interesting new plan of giving free tickets to Japan. All 10,000 of them. Now that may sound like dream come true for the likes of me, but the sad part about that is, they most likely hand out those tickets for famous people. Famous writers, bloggers, you name it.

But why only them? Well, the main focus of that campaign is to increase tourism in Japan, so they most likely expects that the free ticket receivers write about the country and how awesome it is. So they just pick up the people who has the most following. It's rather sad that you need to be famous to get something like that. But such is life. I will apply for the ticket of course, but not gonna hold my breath over it... My luck in competitions is terribly poor..

But the premise of that handout is excellent. The current view of Japan may be slightly wrong at the moment, and I'm sure this helps to remedy the situation.

I also found this amazing forum, called japanforum.com, which is a total gold mine for anyone interested in the country. There are "Japan oriented" people from all over the world, and you can ask pretty much anything, and receive tons of answers. Discussion vary from anime&manga to japanese food. If you have questions about Japan, be sure to check the site out. It has helped me a lot. It's a great place to meet like-minded people and talk with native Japanese people. At the moment it has ~90 000 users :)

And I have a new banner. That picture (made by Lexor) fits perfectly to this blog, thanks a million!

My travel account has also taken a little boost, courtesy of Lexor. Thank you, Lexor :)
The current balance is 160/5000.

Posted by KneeCap at 4:28 AM No comments:

I've been thinking about this for a long time, but now the time is right. Since the trip is quite costly (for a student), drastic measures are needed.
So I'm going to sell ad space on my shoulder :) Even though that might sound odd, I'm 100% serious with this, and if the offer is right, I'm gonna go for it.

There is some restrictions though. Firstly the tattoo should be of good taste and secondly, since it's a shoulder, that restricts the size of the ad. Other than those, the tattoo could be pretty much anything. And as far as I know, no one in Finland has ever done this, so that might attract some interest too :)

The tattoo itself will be permanent, so it will be there for the rest of my life. Think of this as a good chance for gaining long term coverage :) Besides, this will be my first tattoo too.

This place here should have had a snarky picture of my shoulder with the text "you ad here", but since my camera died and I couldn't find a good stock photo, I hope you can use your imagination with this one :)

I'm not gonna state a minimum bid at this point (I have one in mind), since I want to see the general interest for these kind of deals. Consider this as a sneak preview, since the website dedicated to this will be out in a month or so. But if you're interested, let me know and I will gladly tell more.

By the way, everyone keeps telling me that "shouldn't the tattoo have a meaning and be personal"? Well, what could be more personal and meaningful? This tattoo could very well pay our honeymoon and let us fulfill one of our biggest dreams. I would totally call that as a "meaningful tattoo".

I have also put up the chip in counter (which you can see on the right) for those kind people who would like to assist me on this "project". I'd like to thank everyone who has already contributed, that means a lot to me and you guys are awesome!

That's my current plan, hopefully it pays off. In the meantime, I'll continue the saving process :D
Posted by KneeCap at 10:59 AM 1 comment:

So why Japan? Well, why not :)
Okay, Japan has intrigued me since my childhood, just think of all the history and traditions that country has. The history of Japan is so vast and interesting...Just think of Samurai warriors, Geisha girls, temples and palaces... *sigh* And the modern day Japan is just as interesting as the Japan of the past. The technology, the people... everything!

And the country itself is so beautiful and diverse. There's the neon lights and big billboard ads of the cities, and then there's the harmony and calmness of the more rural areas. Something we don't have here in Finland. We have...cold and dark in the Winter, scorching sun in the Summer and mud in the Autumn. That's about it. And if one needs one good reason to travel to Japan, it's this:

As I said in the previous post, we never had our honeymoon. My wife claims that it's okay, but I don't believe her. I feel like I've let her down. That sucks.

BUT, I want to surprise her with this! That's right, my wife does not know about my plans ;) This will be so awesome!

Japan it is - that is set in stone. The next question, however, is how to get there. Traveling costs money, which I (at the moment) don't really have. But everything I can possibly raise will go into the "Japan account". I'll get there, slowly but surely ... hopefully!

I've calculated that two week's holiday in Japan costs around 5000€. So that's the goal. I will keep you updated on how it goes, so fear not, you won't be left in the dark :) But please don't tell my wife about this :D

So, I have now started a blog. Whoopee :)

This blog will contain stuff from pretty much every aspect of my life, but most likely it will be concentrated on gaming and the desperate struggle to visit Japan. And this is a great chance to brush up my english :)

Why Japan? Well, Japan has been close to my heart for many, many years, and I've always wanted to go there. Sadly, never got the chance. After the recent medical scare I decided that it's time to act. Grab life by the horns, and catch the dreams I've been chasing for. It's time to start saving :)

That trip will also act as our honeymoon (We've been married for almost three years now, and still haven't gotten our honeymoon...), since my wife loves the country too. I want this to be the honeymoon of her dreams. I have no idea how long that will take, but I will not give up. I want this to happen :)

Gaming related, I've started playing Age of Conan. It's....pretty good, though the combat takes a bit to get used to. Dzego will prevail, just you see!
Posted by KneeCap at 3:50 AM No comments: